Noted some of my first glance mess ups I could find. I think this whole page i goofed up quite a bit. 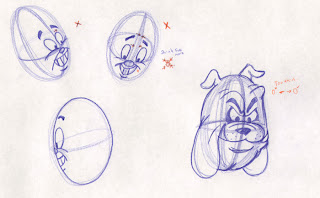 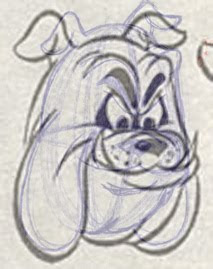 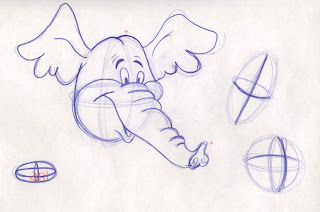 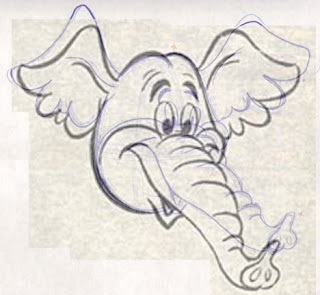 More to come!
Posted by Lavalle Lee at 3:12 PM No comments:

Here is more! I am using a different kind of paper, it is a bit glossy. 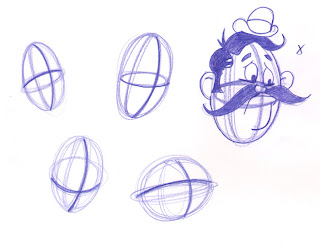 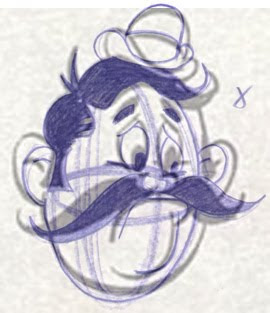 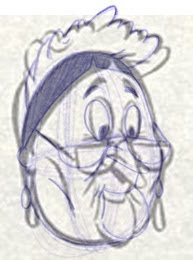 So next up! I will be working on Preston Blair's book, "Advanced Animation". My plan is to do as much of the book as I can, doing many things over until I get them right. 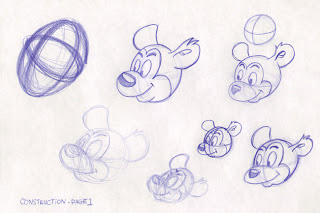 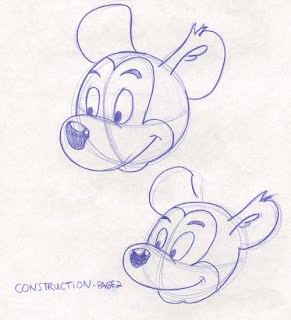 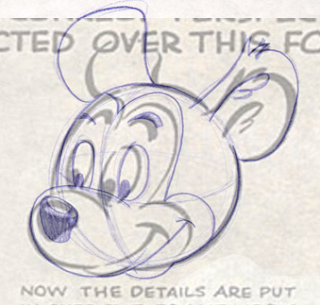 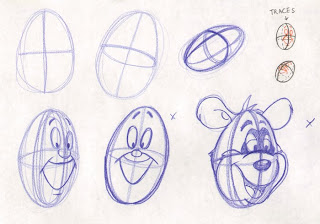 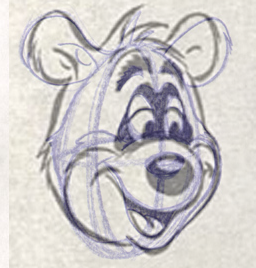 I was big into anime when I was younger. But most of it really got repetitive. Then I started studying traditional golden age animation, and anime doesn't even compete. Naruto is the only anime I still watch (subbed).

Japanese animation got popular due to the lack of great animation coming out of America. Most western cartoons being produced in 80's to now, is usually shipped over seas to India, Korea, even Japan.

I went to a Toon boom presentation with the owner, creators, programers and such, they talked so highly of India saying the cost to produce 30 min animation was only 60,000 USD. Korea was 120,000 USD. Then here in the US 300-400,000 USD. Also stated India was one of there biggest clients, bragging they are helping the demise of good western animation from being produced to our faces.

I am sure it is even cheaper to import an anime series/show, dub it with bad actors, release it on american tv, get profit. When I do watch anime it is in Japanese with Sub's. I'd rather watch it with how it was supposed to be. Once the west gets there hands on it, this happends. (Complete transformation!)

Anime was fresh and new in the 90's I loved it. It was better than watching what was going on American television. Stories were different alot of the time crazy, but good. You get sucked in.

Then you got today, cartoons such as Total Drama Island.. Aqua Teen Hunger Force (which has funny moments). But with little animation, all tweens.

Anime has some good animation in there theatrical movies, but suffer from very limited animation for tv except select shows (Naruto, Full Metal Alchemist etc).

People have been growing tired with only seeing CGI movies in theaters. Also bad cartoons on tv. Wow I am turning this into a rant, lol. I want to see a return to traditional animation because,

1. Because drawn animation is the worlds greatest art medium.

Talking with some friends today about this, Felt like this was something I needed to get out of my system and on my blog. :)
Posted by Lavalle Lee at 3:32 PM 2 comments:

Here is a Popeye drawing, using reference from Cinderella. 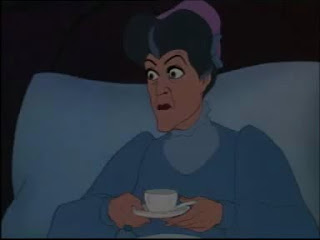 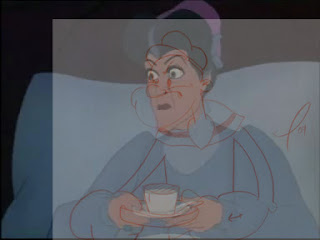 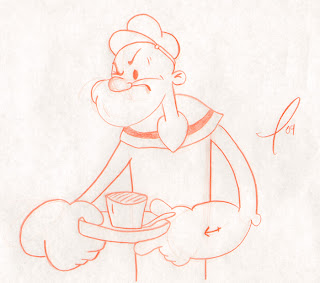 I didn't color in his jacket or give him his rolled up sleeves. I also forgot his pipe too, I shouldn't of rushed it. Missing alot of construction, line of action is off.
Posted by Lavalle Lee at 2:45 PM 1 comment:

Here is more Popeye drawings, drew some Olive Oil and a caricature of Popeye (not that great).

If you are wondering who the girl is in the drawing, I paused a shot on Popeye (Popeye Collection Vol 1, disc 3) where Popeye and Bluto are trying out to be a lifeguard to impress Olive Oil. So when Popeye was swimming by during the competition for the job, I saw these women behind in the background. Most of them were posed out like the models do in life drawing. It was fun to see that, so I drew one of the girls. 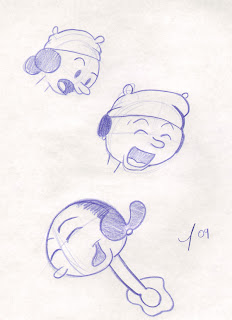 Posted by Lavalle Lee at 1:20 PM No comments:

More Popeye!! Next is Olive Oil. 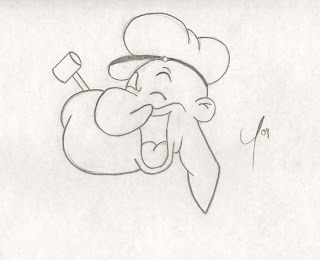 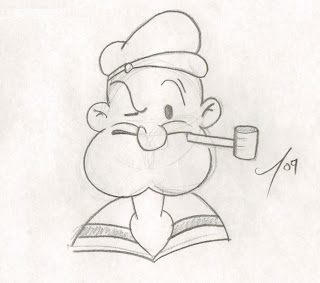 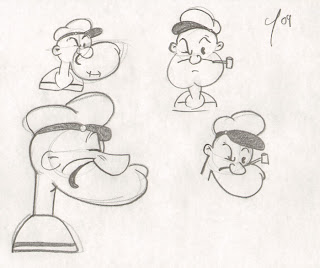 Here is my attempt at incorporating one of John K's lessons to the cartoon i'm currently studying. POPEYE! I thought I would use Bluto, because he is no girly-man. 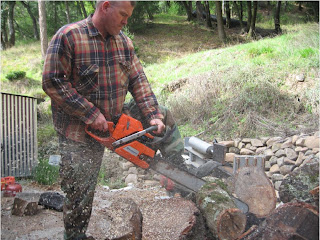 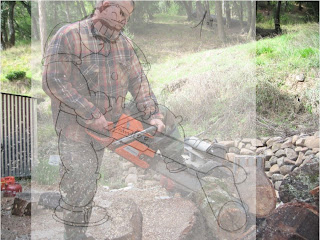 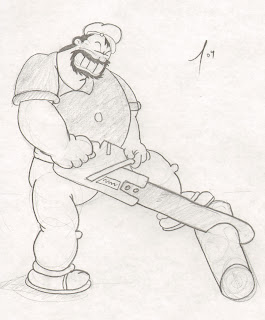 The link to John K's topic.

http://johnkstuff.blogspot.com/2009/11/correct-way-for-animators-to-hold.html
Posted by Lavalle Lee at 5:18 AM 3 comments: 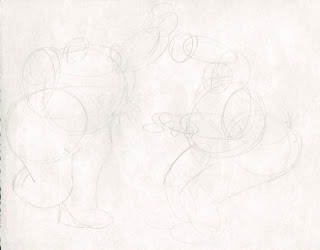 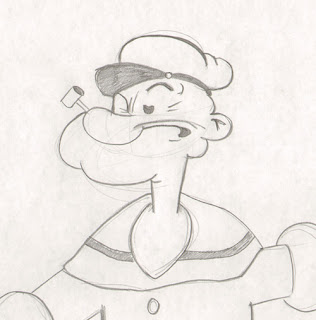 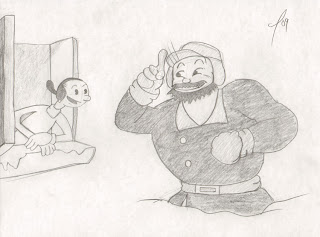 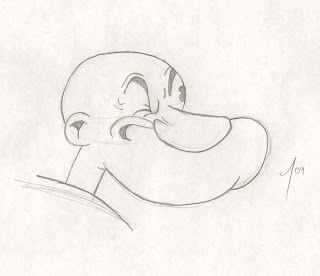 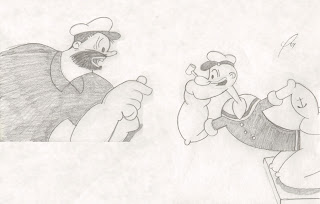 Paused a few frames on Popeye and drew what I saw. I will do a lot more of these. :D 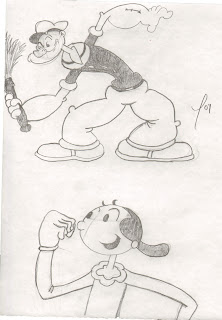 Posted by Lavalle Lee at 6:50 PM No comments:

lol, practice makes perfect, you should give it a try

this one is just contact and passing position
Posted by Lavalle Lee at 10:49 AM No comments:

Here is some drawings I did of Grumpy. A few weeks ago I drew some Bashful drawings. Thought I would draw some of the other characters too! So far I have watched Snow White 3 times studying and learning from the animation and storytelling. If you do buy it make sure you get the Blu-ray version, so crystal clear, it's great! 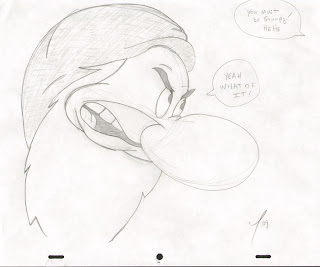 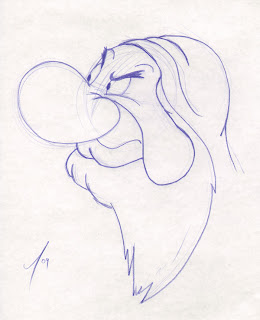